Welcome to the world of cut-throat razors!

A cut throat razor, sometimes called an open razor or amongst enthusiasts a straight razor, is a razor with a fixed blade. In other words the blade is not disposable but cna be kept sharp and used for a lifetime. Typically the blade will fold into its handle although there are also the Japanese style kamisori which do not fold. The history of the cut throat razor goes back hundreds of years and we desribe this in some detail on our History of Straight Razors page. They fell out of favour, however, around the 1950s are were largely replaced first by the introduction of the double edge razor and later by the electric razor and disposable.

In recent times though there has been a renaissance in straight razor wet shaving, something which spiked after a scene in the 2012 James Bond film "Skyfall", where Bond is shaved by Moneypenny using a Dovo straight razor.

There are many reasons for using a cutthroat or straight razor. Some like the idea of using old and traditional methods to carry out their wet shave, turning an everyday chore into an enjoyable ritual that is part of the art of using a straight razor. So if you are interested in all things retro, or perhaps just like the idea of owning something that, if looked after carefully, will last a lifetime, and that has an certain aesthetic and feel, then look no further. Also in this more environmentally aware age, a cutthroat or straight razor is a much better option than using a plastic cartridge razor or a razor that has disposable blades.

Many straight razor enthusiasts maintain that although it takes a little time to perfect wet shaving with a cutthroat razor you are able to get a far superior and closer shave. The larger surface area allows for a greater degree of control and the blade does not get clogged no matter what the length of the beard hair. A cutthroat razor makes detailing facial hair much easier.

So whether you are a beginner discovering the art of the straight razor for the first time or are looking to upgrade or add to your collection of straights then look below to see what is arguably the largest selection of cutthroat razors on the web.

If you are looking for a cut throat razor kit which includes everythgin you need to get started then we have those too. See our Starter Kits section.

Unfortunately there are a lot of cheap straight razors out there of inferior quality. Most of these are made in Asia and the Far East with poor quality steel that will simply not keep a sharp edge and are essentially a waste of money.  We stock straight razors from Dovo and Thiers Issard, two of the best known European manufacturers, as well as razors from two other excellent German manufacturers, Boker the renowned knife maker and Ralf Aust a small artisan manufacturer with a growing reputation. We also stock a small selection of vintage straight razors which have been restored and honed and these can represent a cheaper way to start your straight razor journey.

Finally we also stock razors from the Feather Safety Razor Co of Japan, who manufacture a razor in the form of a traditional straight razor, but which has a replaceable blade. The choice may look overwhelming, but for a beginner we recommend a 5/8 or 6/8 blade with a round point - easier to manoeuvre - less risk of nicks! For the experienced cutthroat shaver then the combination of blade size, point, grind and scale material is endless. If however you would like some advice before you purchase then please just get in touch. All our straight razors are sold in a “shave ready” condition so all you have to do is lather up and off you go! 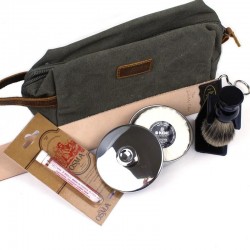 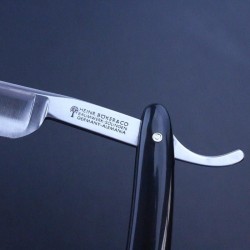 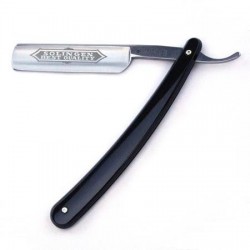 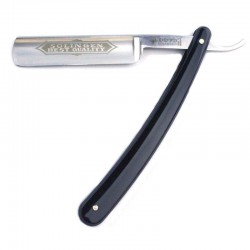 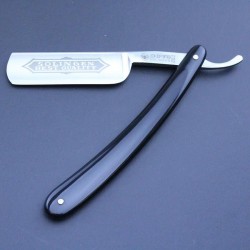 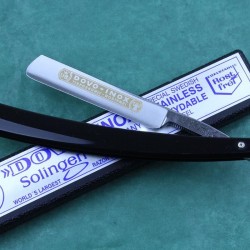 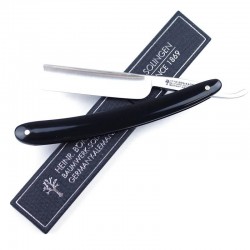 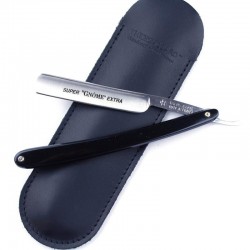